‘i sit
dissolving myself
into an environment
without me.’
(norman maccaig – cloud of undoing – surroundings, hogarth press, 1966) 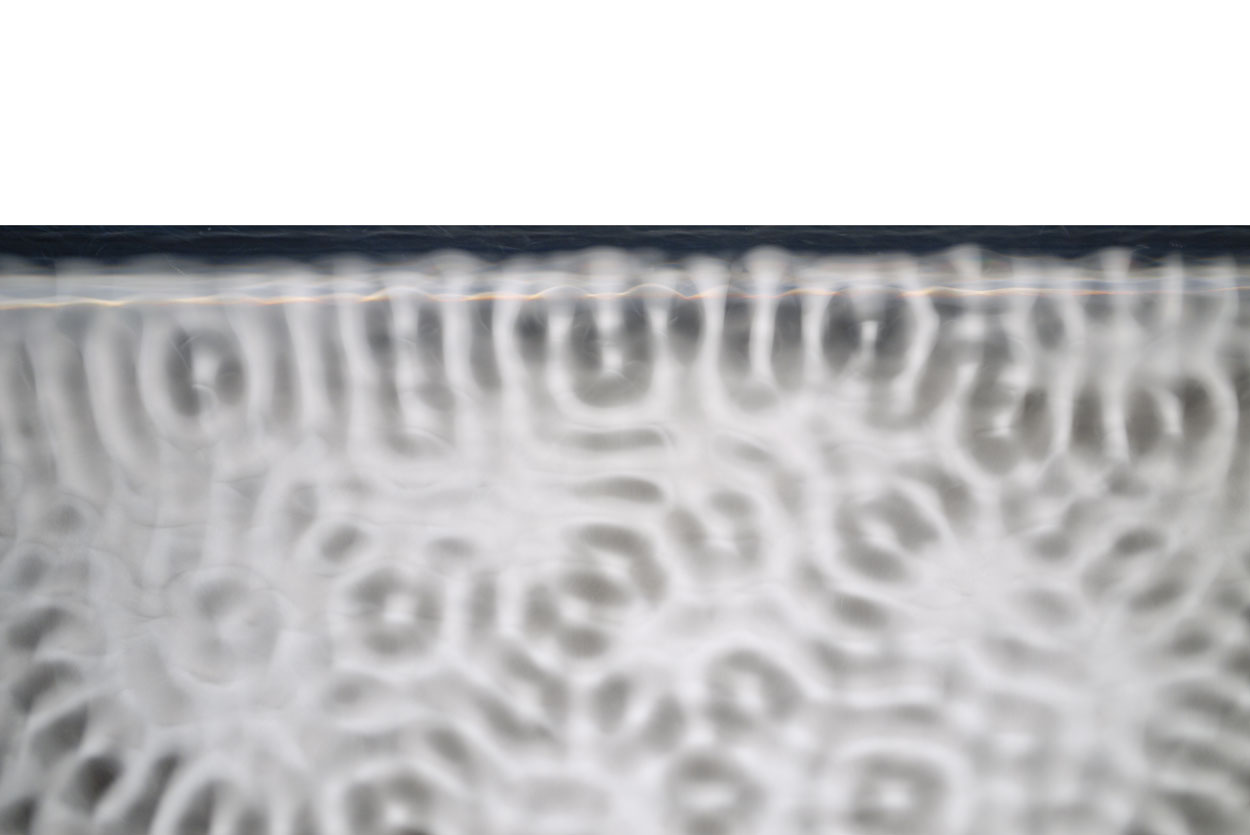 boundaries from russell burden on Vimeo.

installation details: russell burden’s installation for the finale of the ‘international lighthouse relay’ interrogates the notion of boundaries in the context of the container and the contained. here the container represents the boundary of a body of water. in a wider context this work can be seen as social commentary; we are all subject to frameworks and their inherent limitations. the repetitive rhythms are timed to the flash sequence of the folkestone light signal and the audio track has been created from sound samples gathered from both within and without the lighthouse, and it is elements of these frequencies which generate the forces acting on the contained body of folkestone seawater. the sound creates a cymatic movement. these waveforms represent patterns created on the surface of the english channel as developed through the ineffable entanglement of time, climatic/artifactual forces,  complex material qualities and spatial geological/architectural boundaries.

technical details: an immersive 5.1 sound work structured to reflect the fl(2)10s flash code of the lighthouse
four channel mix: delivered a quadraphonic audible mix created from sounds captured within and around the lighthouse
channel five: delivered the sub-tone of the lighthouse’s mains electricity transformer to the flash code
tank: contained seawater collected from below the lighthouse
video feed: live projection of the kinetic fluid patterns in the tank projected in real time onto the gallery wall
still imagery: the dilapidated lighthouse and surroundings were documented as a grid on the gallery wall
film: a short sample of the patterns during the live cymatic feed (see above)

commission & curation
the boundaries installation was the final piece of the international lighthouse relay shown at the bank gallery, folkestone, kent, between the sep 22 & Sep 25, 2011. the relay project was commissioned, curated, supported and shown by folkestone fringe. 40 artists showing over 14 weeks, culminating in one collaborative sound relay. during the process artists were invited to create site-specific sound and visual works from over 20 lighthouse sites around the uk, europe, asia, south america and the antipedes. each artist began by creating a soundwork in response to the lighthouse of their choice and, together with an accompanying visual component, the results were shown during the folkestone triennial 2011, and broadcast by transmission arts in new york. 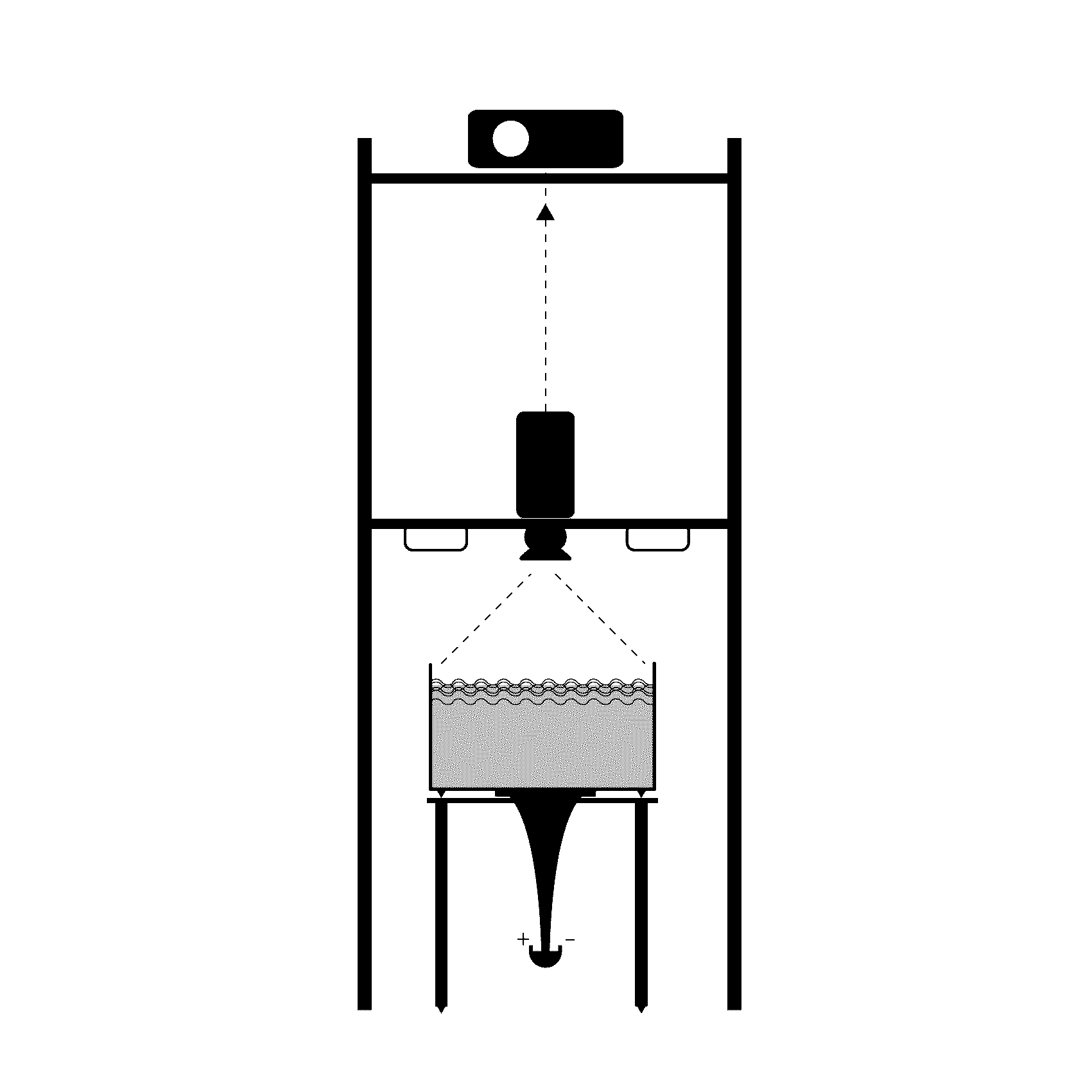 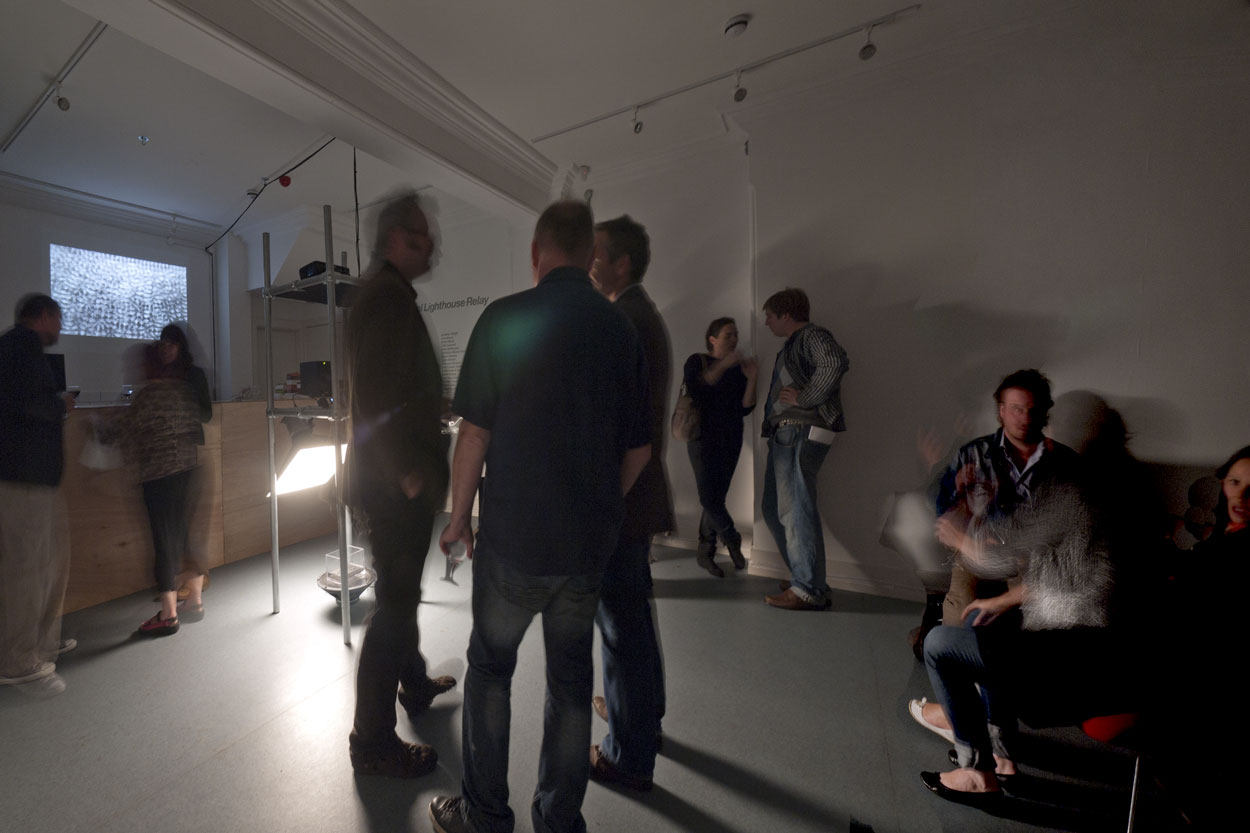