‘the law is flowering
small newly given laws are lost already
in the chaos of flowering.’
(peter levi – ten poems for nikos gatsos – anvil press, 1968) 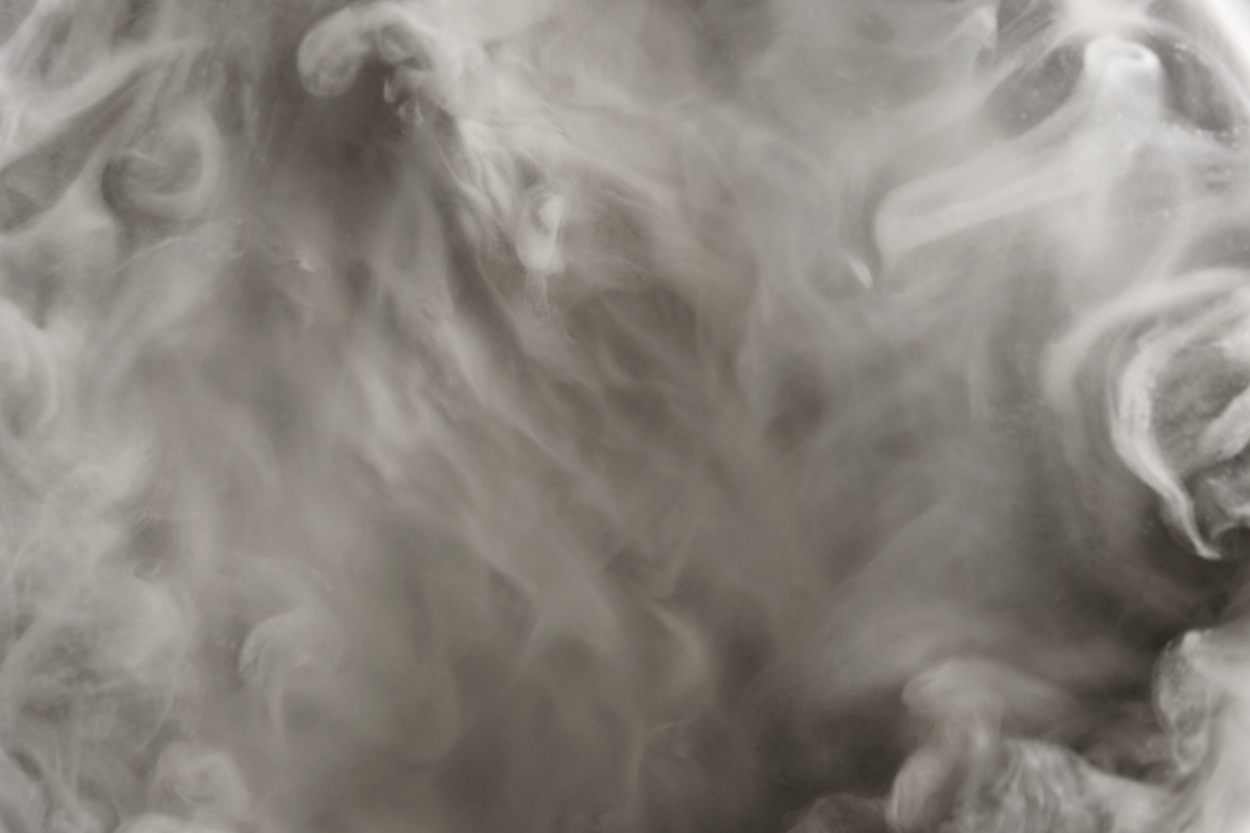 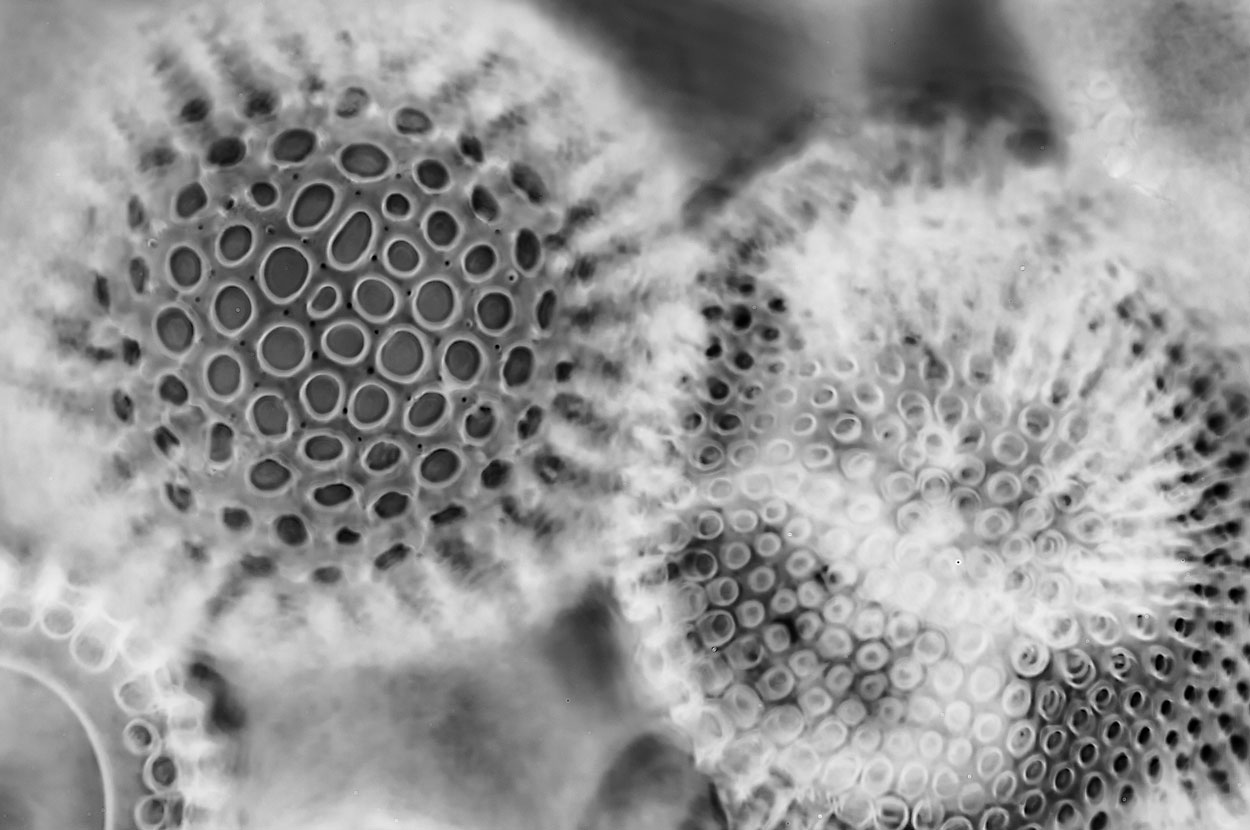 childhood wonderment
since finding an image of a microscope slide containing radiolaria in my father’s library, and later understanding it to be composed of the glassy skeletons of a strange type of plankton, i have found myself hooked on the world of the barely visible and at 8 years old, my mind was made up, i wished to find some of those wonderful curiosities and somehow examine them first hand. known in that old book of natural science as sea sawdust, that particular type of radiolaria had been extracted from a mysterious substance known as barbados earth, a fossilised, benthic (ocean floor) deposit.

whilst writing this, after my many years of palaeontology, i find myself sitting on a balcony looking at the shining turquoise sea on that same caribbean island and now, in my fifty fifth year, this is feeling like a highly fortuitous, if relatively unexpected journey, but somehow, strangely familiar.

before flying, several days were spent consulting my antiquarian books and researching sparse online information, slowly piecing together a plan for the investigation. hiring a jeep with my partner, we explored both on and off road throughout the heights of the scotland district. eventually, with the aid of a field microscope and much patience, i found myself recognising a rarely exposed seam of radiolarite, its substance so light in weight and colour that it was unmistakably the same material mentioned in an 1890 copy of ‘geology of barbados’ (j.b.harrison & a.j.jukes-browne) that states – ‘in the middle of the oceanic series, beds of white radiolarian earth occur which are of exceedingly light specific gravity, and are almost purely siliceous’.

finding that deposit detailed in that old text felt like a gift from time past. it gave me a strong sense of the passion that drove people from earlier eras to explore and make new discoveries. it also shone yet another light on my own desire to document such personal explorations in the natural world and share them, together with their artistic outcomes. as i press the publish button, i lean to imagining that these pages will eventually find and inspire other seekers of small wonders like myself.

one final fact that helped to inform and inspire this particular search – over the years i have accumulated a lovely collection of antique microscope slides in which sits several examples of polycystina mounts – a super-order of radiolaria with pure opaline skeletons – all from barbados, such places as springfield, bissex hill and cambridge. it was in these very places we would find ourselves looking for those illusive motes of siliceous dust and eventually rediscovered them.

searching the island – walking an ocean floor
out of all the caribbean islands, barbados has a unique geological history. the barbados ridge is a tectonic subduction zone formed by the meeting of the caribbean and south american plates. consequently, it has pushed an underwater mountain range into existence that peaks with the island of barbados, the only island in the caribbean that is not formed by volcanic activity. these sediments developed ancestral barbados which is now represented by the ‘oceanic series’ of the scotland district. the island is now far larger due to several successive uprisings of coral terraces.

between the early eocene and the middle miocene (approximately 56 million to 12 million years ago), countless billions of radiolaria skeletons once rained down to the ocean floor, the detritus slowly falling and forming layers of compressed sediment, like the pages of a book. the island creates a wonderful opportunity to reach those ancient deposits of radiolaria and foraminifera that one would normally have to sample by depth-sounding the ocean; a process that many oceanographic research vessels from both english and north american ports underwent in the 1850s sampling the peaks and troughs of the atlantic for the laying of the forthcoming telegraph cable… but that’s another story.

also very interesting to note is the fact that the radiolarian ooze is only normally found on the floor of the pacific. its presence on the peaks of barbados seems to indicate the existence of a now long-sealed breach between the pacific and the atlantic.

wonderful, that what sinks down into the unfathomable depths may eventually rise again to be viewed in the light of the day.
this cognition, that i am walking on such deep ocean sediments, returns me once again to a childhood memory, to a wonderful chapter from a book, the 1946 ‘comet in moominland’ by tove jansson. at the height of the book’s quest, the earth’s temperature had become so increased by the approaching comet that the water had all but disappeared. to return home, the band of adventurers found themselves having to walk across the dried-up sea bed, an ominous but exciting journey accomplished on tall stilts.

a mysterious figure
after three days in the jeep hunting for radiolite, it was on our very last foray that we found ourselves driving a ridge between bissex hill and the small village of upper parkes.

on the map, a turn down a thin road appeared to lead to the coast far below, but not before traversing some wilder terrain of palm and forest bush, so, cautiously we headed down. we passed shanty dwellings, dead cars, barking dogs and scattered chickens as the steepening descent eventually became a rough water-soaked track and our attempt of passage became increasingly foolhardy. here we manoeuvred the vehicle, deciding to retrace our journey to the top.

toward the upper reaches of the road, my partner mentioned that she could see in the far distance at the base of bissex hill a white scar on the ground not visible from the ridge. she said it was topped by the unlikely figure of a black man standing in a pure white suit with white hat. he appeared to be pointing at the ground. I stopped and stared but could see no one. ‘there’ she said ‘there, clear as day!’, but still no figure.

curiosity insisting, we pulled quickly onto the ridge road and headed to the hill. there we found, at the end of a barely drivable path, the white scar of ground seen from afar but no figure and no apparent place for him to have gone, apart from the path we had just driven down. at the place the uncanny figure had been pointing was a freshly cut trench, deep in the elusive radiolite bedrock.

a note about the radiolarian ooze
abyssal siliceous-argillaceous oceanic oozes that contain the skeletons of radiolarians. they comprise opaline silica SiO2·nH2O (5–30 percent), clay minerals, volcanic material, hydroxides of iron and manganese, and, sometimes, zeolites.
these soft mud sediments cover about 3.4% of the worlds ocean floor and slowly through diagenesis fossilise into the sedimentary deposit, radiolarite. the ooze is found mainly in the equatorial zone of the indian and pacific oceans at depths of 4,500 to 6,000 metres but also in ancient basins such as the one that surrounds barbados. this is most likely due to a breach between the pacific and the atlantic during the eocene that lasted until the mid miocene. radiolaria are protists and are common in the warm waters of the equatorial upwell zone.

in william b. carpenter’s ‘the microscope and its revelations page 116, he states that, the best method of separating the polycystina from the barbadoes sandstone is described by mr. furlong in the ‘quarterly journal of microscopy’ vol. i. (1861) p. 64.my copy of ‘on mounting microscopic objects’ by thomas davies, clearly explains furlong’s treatment on (1863) p. 100…

procure.– a large glass vessel with 3 or 4 quarts of water. new tin saucepan holding 1 pint. 2 thin precipitating glasses holding 10 oz. each. take 3 oz. of dry barbados earth (lumps are best), and break into rather small fragments. put 3 or 4 oz. of common washing soda into the tin and half fill it with water. boil strongly, and having thrown in the earth, boil it for half an hour.  pour nine-tenths of this into the large glass vessel, and gently crush the remaining lumps with a soft bristle brush. add soda and water as before, and boil again; then pour off the liquid into the large vessel, and repeat until nothing of value remains. stir the large vessel with an ivory spatula, let it stand for three minutes, and pour  gently off nine-tenths of the contents; when the shells will be left, partially freed only, like sand.

2nd process.– put common washing soda and water into the tin as before, and having placed the shells therein, boil for an hour. transfer to the large vessel as before, and after allowing it to stand for one minute, pour off. each washing brings off a kind of “flock,” which seems to be skins.

3rd process.– put the shells in a precipitating glass and drain up the water until not more than 1/2  oz. remains. add half a teaspoonful of bicarbonate of soda, dissolve, and then pour in gently 1 oz. of strong sulphuric acid. this liberates the “flock,” &c. and leaves the shells beautifully transparent. wash well now with water to get rid of all salts and other soluble matter. Some of the large shells are destroyed by this method, but none that are fit for microscope use. an oblique light shows these objects best.

the testament of beauty remixed

note: the author’s choice of unorthodox spellings are described in ‘publisher’s note on the text’. the note is four pages, undersized, tipped in on its fold to the last printed page before the end paper.